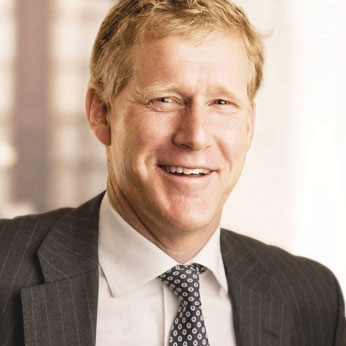 My first ever trip to Africa was in 1986, when I hitchhiked around Zambia, Malawi and Botswana with my girlfriend Louise (who was born in Zambia), her brother and a friend. We slept in a prison cell in Botswana and canoed on the Okavango river.

I returned to Zambia in 1987, where Louise and I oversaw the building of Ntemwa Camp in the Busanga Plains area of the Kafue National Park. When John Davey, the owner, went to Zimbabwe for supplies; all 30 members of the camp staff went on strike. A few weeks later I proposed to Louise on top of Kilimanjaro, the highest point in Africa. We’ve been having adventures there ever since.

In 1990, we canoed across the Zambezi at night for a dinner on a sandbank, under the light of a full moon. I carried Ollie, who was only six months old, in a rucksack on my back and with a cool box full of beers as a cot. In 1996, Louise and I took Ollie and Jamie, then aged six and four, on local trains from Dar es Salaam to Cape Town, a memorable adventure which started with being mugged for my clothes at knife point on a beach in Zanzibar.

In 2001 I learned to row, aged 40, We kept up our links and trips to Zambia and the Kafue National Park over the next several years, but our next major adventure was in 2011 when I led the first rowing expedition of the Upper Zambezi, a 1000km three-week trip from the border with Angola through Zambia to Victoria Falls. We took the kids with us and Robbie, then aged 14 and who was made in Africa, is probably the youngest person to row down the Zambezi.

The expedition also had a rare audience with the Litunga, the King of Barotse Land. This was followed by the first nonstop crossing by rowing boat of the 250km Lake Kariba, in 2014, and a 250km row through the Lower Zambezi Game Park into which the Kafue River flows. We rowed across Kariba under the light of a Supermoon, calling it the Moon Row. Coaching has been a consistent theme in our previous expeditions; we have always taken young Zambian athletes with us and also created Learn to Row courses.

As a result of this passion for the Zambezi part of Africa, we have created a club called The Royal Zambezi Sculling Club. The aim of the club is raise funds to promote the use of digital technologies, and analytics, in support of coaching; conservation and clean water. We have so far raised $50,000 for the Village Water charity, which puts wells into remote villages and gathers extensive data on their impact on the health of the village.

I’m very excited about the Kafue Expedition in 2018. The Kafue National Park is the second largest national park in Africa; it is huge, wild and very beautiful. I have been visiting the Kafue for 30 years, and now have a chance to be the first to take rowing boats along 900km of its length. My daughter Beatrix, aged 14, will row with us and I am looking forward to seeing her grow through this unique experience. On our journey, we are going to meet up with expert conservationists who will help us understand the impact of poaching in this park. We are going to do another Moon Row on the 7th August as we cross the 40Km Lake Itezhi Tezhi under a partial eclipse of the Moon.  I am also very excited about the second half of our expedition, during which we are working in partnership with the world-famous Leander Club, to coach up and coming coaches from Zambia, Zimbabwe and Namibia. We will row, coach, and work closely together camping beside the river and rowing up to 80km per day. After the expedition we will continue to support these coaches by helping them improve the performance of their athletes through data collection and remote diagnostics from expertise elsewhere.

What I’m worried about:

Although this is my third long distance rowing expedition on the waters of the Zambezi River, the Kafue expedition is not a cut and paste of the previous two. We’re going to row through the second largest national park in Africa; the crocodiles are notoriously big in the Kafue National Park, and the Kafue river has large pods of hippos along its length. In the midst of the extraordinary beauty of the African bush, where the sunrises and sunsets take your breath away, I am worried about complacency. I am worried that we will forget the dangers that surround us. At the same time, I want to encourage the rowers that an expedition like this is less about getting to the destination but more about enjoying the journey, and the self-discovery that follows.

Some useless info about me:

I own a pair of red size 12 shoes with 2 inch stiletto heels, and acted as Romeo in “Romeo & Juliet” in a Cypriot amphitheatre.