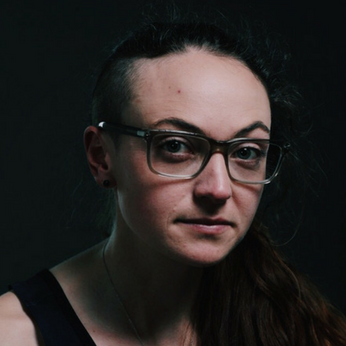 I grew up on a horse farm in the United States, and as a kid was obsessed with equestrian events of every stripe, representing the US at U18 and U21 level and becoming junior national champion in eventing but also competing in polo, tetrathlon, dressage, show jumping, point to pointing, and even western pleasure, despite breaking my neck in a schooling accident as a teenager. I was a four-year athlete for Stanford University in equestrian and got a job as an equine journalist after graduation, and loved getting to explore the country and the world through horse shows.

I sold my horse in 2013 in order to come to Oxford to pursue a masters, and eventually a PhD, in History, and figured I needed to find an activity that could take up as much time and obsessive attention as riding had—and so discovered rowing. I learned to row as a novice at Pembroke College in 2014; the next year I was a reserve for OUWLRC (Oxford’s lightweight rowing programme), and in 2016 rowed for OUWBC in the Osiris-Blondie Race against Cambridge. After taking a year out from rowing to complete the fieldwork portion of my PhD in Uganda, I returned for the 2018 season as President of the OUWBC, and raced against Cambridge in the Women’s Boat Race this year.

In addition to rowing, I’m an avid birdwatcher and keen (but fairly inept!) cross country skier. I hope to ski the Birkebeiner, a famous cross country skiing marathon, in 2019. Post-degree I hope to teach history and coach junior girls’ rowing, so that more young women can discover this amazing sport (hopefully a bit earlier than I did, at 25!).