A Lazy Olympian’s How Not to Train Guide

When I originally expressed an interest in joining the 2017 RowZambezi Expedition, I had envisaged my role as predominantly being land/support boat based – helping with the food, PR and media, coaching and mentoring the Zambian coaches and inexperienced scullers. So when it became apparent that I was going to be expected to row myself, I was more than a little bit concerned. For you must remember that I am easily the least athletic Olympian that you could ever hope to meet – far more used to sitting on my backside shouting at people than pulling an oar, lifting a weight, or using a rowing machine. And any fitness I did have when I was full-time with the GB Team was quickly eroded when I became a medical student in September (not even mentioning the 10ish kilogram weight gain that followed 15 odd years of monitoring my weight).

I set about trying to get myself back on track. Late 2016 and early 2017 was focussed predominantly on spinning and HIIT circuit classes courtesy of the fantastic people at Digme Fitness. These classes provided me with a vital ingredient to keep me motivated – competition. Entirely unsurprisingly, being able to compare my scores to those around me (and to keep an eye on my own PB performances), resulted in a rapid improvement in my fitness. Combined with frequent cycles up Headington Hill to my classes at the John Radcliffe Hospital, I felt like I was well on my way.

But then life got in the way. Poor mock exam results in January showed just how much more work I needed to do to keep my head above water at medical school, and highlighted another major issue – if I failed my end of year exams in June then I would have to miss the RowZambezi trip altogether in order to take resits. More time in the library meant less time at Digme, which unfortunately is located on the other side of Oxford to my home. Thankfully the more local Ferry Leisure Centre stepped up, providing not only a more time efficient training venue but also allowing me to get myself on to the dreaded rowing machine. 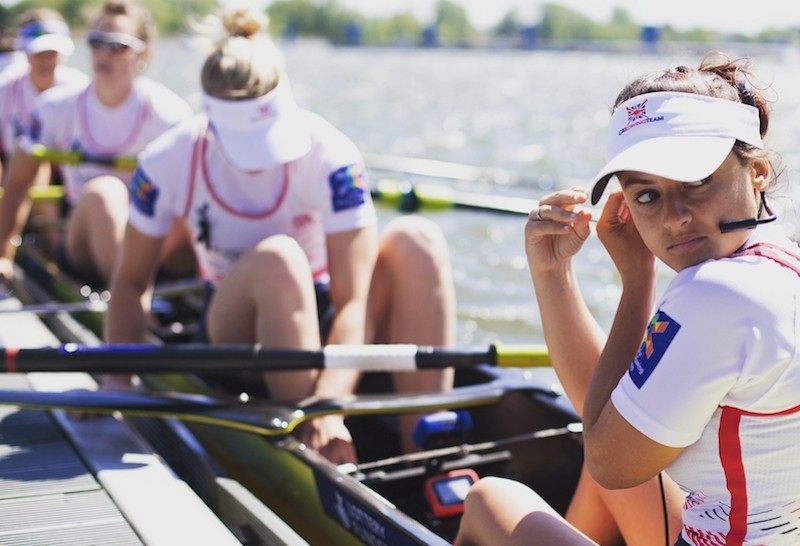 The rowing machine, of course, brought further problems. My back, long a problem from sitting hunched in the coxes seat, had not been getting much better despite the lack of coxing time (no doubt from shifting from hunched in the coxing seat to hunched over my notes in desk-less classrooms). It appeared that I would have to take my time on the erg, building slowly and bulking out the cardio training on the cross-trainer, bike, or treadmill. In a desperate attempt to gain some motivation to run I also entered the Oxford Half Marathon, which takes place in October 2017, after vowing never to run a half again after completing the Reading Half in 2015.

Whilst the idea of sitting on the rowing machine fills me with dread, the thought of actually getting out onto the water makes me much more excited. So far I have only managed one short session in a rather oversized double at Twickenham Rowing Club (thanks for having me!), which despite a few aches and pains was a lovely experience. Unfortunately getting out in the boat is currently a luxury I can’t really afford time-wise, but I’m looking for more opportunities to sneak out (preferably with some experienced rowers!) in the next couple of months. Maybe even a double with my partner Alex, a former lightweight and heavyweight blue, who will also be coming on the trip. Although that may end up in some sort of homicide/suicide situation… I promise to document this experience if it does happen!

Right now Operation Waddle and Paddle has been side-lined to make way for revision. Whilst this is my fourth degree, it is easily the most challenging. The sheer volume of information needing to be committed to memory is absolutely staggering. The sedentary lifestyle, plus copious amounts of revision snacks do mean I feel like I’m regressing back to un-fit slob status, so any motivation you lovely people out there can offer me to get out of the chair and into my trainers would be greatly appreciated.

What I lack in athleticism and fitness, however, I hope I make up for in determination. RowZambezi is likely to be the greatest physical challenge I have ever faced (immediately preceded by one of the greatest mental challenges I have ever faced!). My biggest fear for the expedition is not being able to manage the rowing, and therefore letting down the rest of the team. I’m more worried about this than any crocodile, hippo, lion or snake that may come chasing after me – maybe because I know how heart-breaking the feeling of letting your team down is. If anyone in the Oxford area reading this can offer me any help – whether in waddling or paddling, please get in touch. If you can’t help get my lazy bum moving then please consider donating to the expedition – see how you can help at our sponsor us page. 900km down the Kafue River is going to be my Everest, but I am ready to conquer it, with the help of this amazing team!

From media centers to Zambian bush; drastic change in my work space and time

Only seven weeks to go until our team starts sculling on the Kafue river;

An opportunity for meaningful research